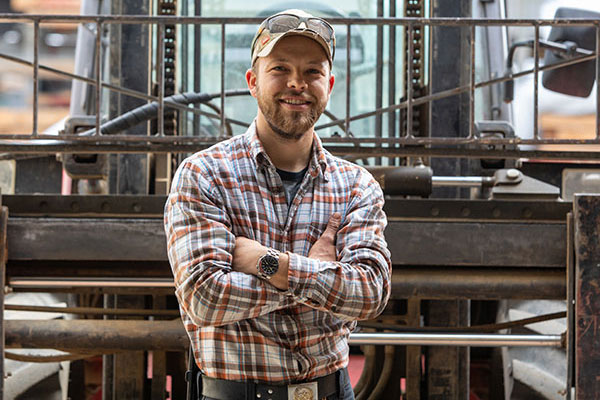 Prior to moving to BC, Jason started apprenticing at a timber frame Company in his home country of Germany. Shortly after successfully completing this, he continued his studies and achieved his Master Timber Framer accreditation, at the young age of 22.

Jason also attained the title of an energy consultant and worked in production leading, and project managing positions, before joining the Daizen team in 2016.

At Daizen Joinery, Jason manages the work preparation for the CNC machines as well as the maintenance on these, to ensure a steady and efficient workflow in the shop.  As part of the production management team, he oversees several different jobs, which are pending, currently in production or already finished.

Apart from work, Jason enjoys the beautiful BC outdoors in multiple ways. Hiking, biking, and hunting are just to name a few of the many.

At Daizen, we ensure client expectations and understanding of processes are met through all phases of our work, from structural design and engineering to fabrication of timber frames and assembly and installation.