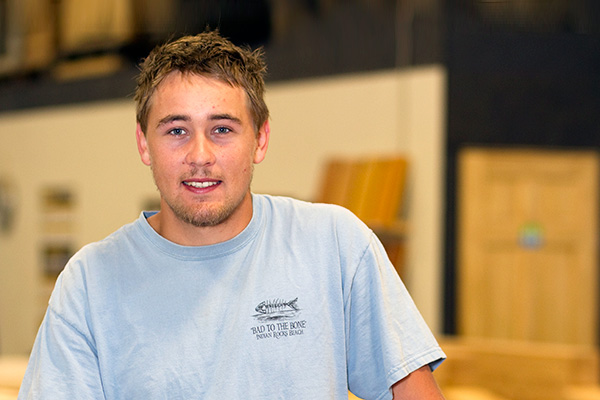 Prior to relocating to BC, Luke worked in the small town of Deep River, Ontario under a master builder doing traditional style joinery. Luke’s desire to move west and continue his experience as a joiner was fulfilled when he found a fulltime position with Daizen in early 2014.

Luke focuses most of his efforts at job sites where he is an integral member of the crew doing assembly work. He also does much of the hands on cutting and chisel tool work and has committed to becoming a woodworking specialist at Daizen.

"The team at Daizen is great. At my old job it was just me and my boss so it’s nice to work with a bigger team."

At Daizen, we ensure client expectations and understanding of processes are met through all phases of our work, from structural design and engineering to fabrication of timber frames and assembly and installation.